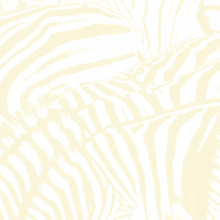 Context – back to work

And boy, howdy, am I excited to be back.  By excited, I of course mean to say that I am exhausted, and plan on taking a proper break next year.  I’ve spent the last two weeks running around, and all I want now is to sit comfortably and talk to nobody for a while.  That sounds nice.

Which is a not-so-subtle segue into today’s album, which needed to sound nice by a function of necessity.  This morning was quite the hubub, what with everybody returning from break and catching up in the lobby of my office.  I needed to have music on in the background that was unoffensive, so my bent towards rap and metal these days is right out.  I decided to see how much of Beach House’s discography holds up or holds out on its own.

And to that effect I’m not sure if this album succeeds.  I love their album Bloom, and have given Depression Cherry a few listens, which I remember fondly.  Teen Dream is even more laid-back and down-tempo than these other two editions into their synth-pop/dream-pop catalog, which is already not something I’d typically describe as “up-beat.”  This dreariness weighs heavily upon me, and I can’t tell if it’s Beach House’s fault for bringing this onset of ennui upon me or if I chose Beach House to nurse the ennui that went unspoken of until now.  Either way, all forward motion counts, and I will try to push the pendulum back into the swing of momentum.