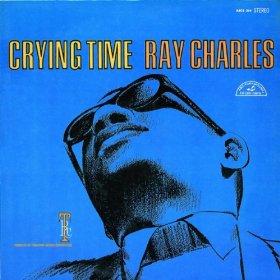 Context – catching up with friends

This album is a pretty good soul/R&B album.  I have no idea how people classify Ray Charles.  Or any of his contemporaries, for that matter.  A lot of music from that era sounds the same to me.  That’s probably on me though.

His voice is fairly distinguishable, but I find that’s about the only distinguishable feature.  The production of a lot of these R&B/soul/jazz cats from the era just sounds the same with their arpeggio heavy piano or guitar lines with some big band elements and a killer voice.  The voice is the selling point, and this cannot be understated enough.

I understand that Ray Charles is a historically big deal, but as someone relatively unversed in this era and genre it’s hard for me to appreciate the magnitude of the accomplishments.  I listen to Otis Redding and Aretha Franklin from time to time, and their influence in my brain-space helped me further appreciate Led Zeppelin, but there’s still a weird wall in my brain about fully digging into Ray Charles’s work.

It makes for beautiful background music, and I hate to be the guy who relegates greatness to the background, but unless I’m trying to find “safe” music to play at a dinner party (as much as I would love to crank some mother fucking NAILS at that feast), this will probably sit on my shelf collecting dust.  It feels criminal to sell or donate music by historically relevant artists (much like it feels a shame to let go of your copy of Moby Dick despite the fact you know deep down you’re never going to read it), which is how it wound up in my collection in the first place.

I’m a firm believer that when engaging in art the timing in your life is as important as the intrinsic quality of the piece you’re listening to/looking at/reading.  I understand enough to know this deserves a better chance, so maybe I just need to wait a few years and come back to Ray Charles.  I’ll come back when I have a few more years of experience under my belt and hopefully his music will resonate with me all the more then.  More on that as it develops.