Neutral Milk Hotel – In the Aeroplane Over the Sea (1998) 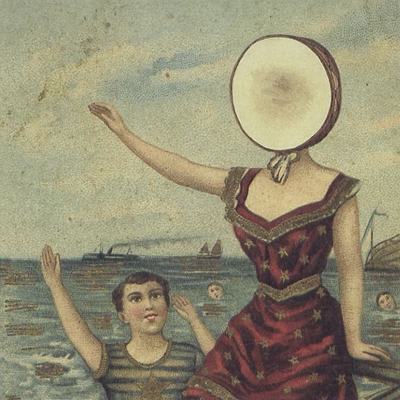 Context – preparing for a road trip

Not a super pleasant one, my wife’s stepmom’s sister recently passed away and we’re journeying to the great state of Michigan to attend the service.  But due to work constraints, we have to leave the morning of and return that night, which means at least nine hours in the car.

So my wife and I decided to buy a bunch of snacks and burn a bunch of CD’s for the trip.  They are, in no particular order:

So while I was burning these CD’s, I was listening to Neutral Milk Hotel’s In the Aeroplane Over the Sea.  Not unlike Father John Misty, every single song on this album sounded familiar to me, particularly the first four or so tracks.  This either means I’m lying to myself and have heard this before, or these songs have been played enough around me that I just know them intimately.  Either way, this wasn’t that big of a surprise.  Still pleasant, though.

I also learned that this album came out in 1998, which means people have been able to be hip about this shit for my entire adult life.  I’m not sure how the timeline works, but in terms my musical awareness this is the hippest shit since The Shins, and I mean that with as much irony as I can convey while still being affectionate.

Folksy song structure? Strange instrumentation introduced halfway through a song?  Unashamed of how terrible your voice is so you make up for it in good writing and showmanship?  If these are a few of your favorite things then this won’t make you feel so bad.