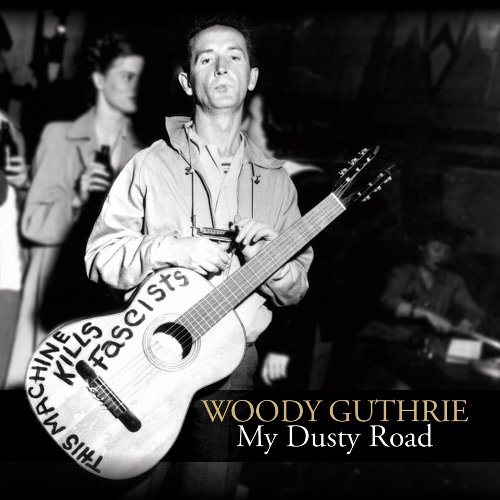 Context – preparing my tax return after a post-march nap

In keeping with the spirit of today’s many, many Women’s Marches, I decided I needed to get my good-ol’-fashioned protest music on.  I don’t know much about protest music and considered going to something like Rage Against the Machine, but I’ve realistically most likely listened to their albums at least once. So after reflecting on Tom Morello’s “Arm the Homeless” guitar, I decided to back to it’s inspiration, Woody Guthrie and his “This Machine Kills Fascists” guitar.

Woody Guthrie sings a lot of folk music you probably remember from your elementary school music class, most specifically “This Land is Your Land”.  All of the songs on this compilation are written in that same style–just Woody and his guitar.  It’s pretty legit country/folk music, but because it’s so singularly focused and already such a part of the American Mythos and tradition, it’s hard to say much more than “yulp, this here’s Woody Guthrie.  Dig it.”

But as I referenced in my context, I participated in Chicago’s Women’s March this morning after staying up way too late the night before drinking and catching up with a friend, so I am exhausted.  So rest assured that if you want to hear someone who can barely carry a tune howl against fascism, Woody Guthrie is among the more authentic variations you can indulge in.