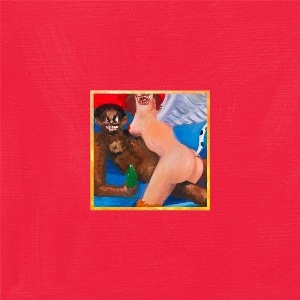 This album is the bomb.[every domain in existence].  Easily my favorite of the bunch so far.

If this album does nothing else, it brought us “Monster” and more importantly Nicki Minaj’s verse on “Monster”.  Easily worth the $50k.  Best $50k spent in rap.  I could (and have) put that shit on repeat for an undisclosed amount of time.  I would fight a motherfucker over this shit.

But this album gives us so much more than “Monster”.  “Power” is a song I forgot existed for a bit, I’m ashamed to say.  This song is hype-lyfe.  I think I’m going to set my alarm to this song so I wake up motivated every day.  It’s like “Jesus Walks” but with a lot more forward momentum.

And then there’s the other hit of the album, “All of the Lights”, which boasts a triumphant production of faux-horns and chaotic drums to help give it the optical illusion of flashing lights.  It works.  It doesn’t hurt to have a music video with a seizure warning, either.

And every other song holds it’s own.  None of the interludes or skits weigh the album down.  I can’t even with this thing.  9/10 would recommend.

My rankings from yesterday stand: