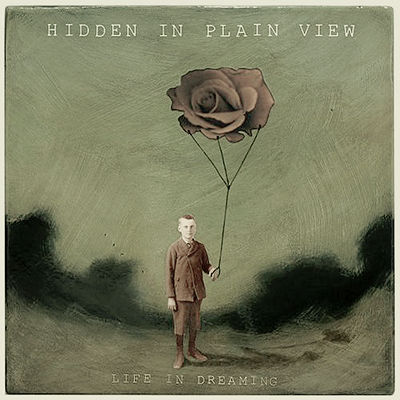 You know you’re an emo kid at heart when you put on an album you have no memory of ever listening to but know half the songs on it anyway.  Probably from mixed tapes.  It’s always mixed tapes.

I discovered Hidden in Plain View in like 2008?  Must have been shortly after Resolution came out.  I love that album with an unabashed fervor and used to listen to it on repeat.  My brother reminded me that Resolution existed sometime last week and it’s been a blast ever since.

However, the only song I know I’ve heard off Life in Dreaming is “Garden Statement”.  This is like, the poster child for the scene.  It’s got it all: angst, cleverness, power chords, a scathing review of a bro who let you down.  God bless Hidden in Plain view for “Garden Statement”.

But it also turns out I know “A Minor Detail”, “Twenty Below”, and “Bleed for You” extremely well, which was a surprise to me.  It’s weird how the brain works like that sometimes.  It’s also weird how you think you know some people from college who pretended to share your interests but never turned you on to how awesome Hidden in Plain View is.  Was?  I think they broke up.  But Spotify has 2014 songs from these guys.  I’ll have to do some more research.

Point is I’m blaming Kyle.  I’ve known several people named Kyle in my life, so if anyone I know named Kyle is reading this, go ahead and pretend it was one of the other Kyles.  But know deep down that you’re probably on my list.

The spring of 2017 will be officially known as “Emo Season” and I will pretend I am 17 years old all over again.  Buzzfeed recently told me in a quiz that I’m only 20, so why not just integrate the sensibilities I had back then into my life now.  I think my boss will be fine with a studded belt.  The nail polish and eye liner will be harder to explain, but it’s a pretty progressive department so there’s a good chance no one will notice or care.  How am I going to make a statement among such understanding compadres?

I’m such a sucker for emo vocal duets.  I think I’ll spend my night learning how to play every song on Tell All Your Friends on my guitar.