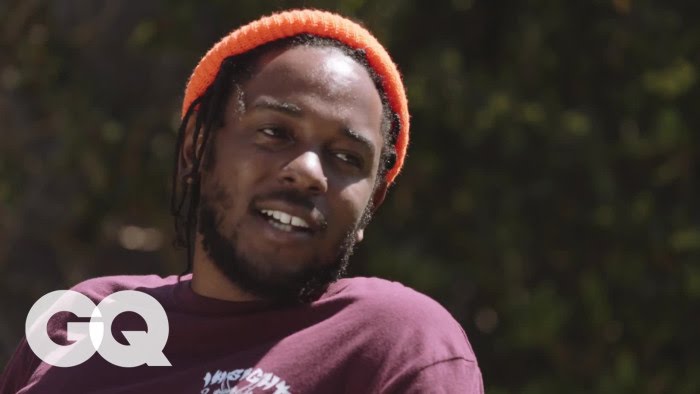 This is a bit of a cheat since it’s not really an album.

Ok it’s 100% a cheat because it’s definitely not an album.  But it is an almost hour long conversation about music and approaches to creativity that I found awe-inspiring.

Not necessarily for the questions and answers or anything that came out over the course of the interview, I feel like a transcript would read much like any other interview with Kendrick Lamar (Rick did most of the questioning).  What blew me away was just the way Rick and Kendrick carried themselves throughout the video.

Rick Rubin is a name I know without necessarily knowing anything about him.  I know he’s a producer, but I couldn’t have told you any of his producing credits before today.  I know he’s influential, because whenever people say his name the air in the room changes one way or another.  I mean you have to be a big deal to have people know your name before they know your face or what you’re about.

So here I am, minding my own business, looking for a thing to do on my lunch, when I find this video.  The thumbnail is of Kendrick, so I still don’t know what Rick looks like.  I press play and here’s this dwarf-bearded goofball sitting barefooted like he doesn’t give a fuck about anything.

But he so gives a fuck.  He’s so interested and thoughtful and is listening carefully.  His questions are organic even if not probing or even maybe a little “standard”, but the conversation flows easily.  Here is a man who more or less creates Kendrick’s and he’s still in utter awe at being able to talk to and learn from one of the best rappers alive (if not ever).

That amount of humility is staggering.  This dude’s who aesthetic seems to come from a place of curiosity and introspection.  He just loves everything about music, and he loves learning about another creative person’s musical journey.

And props to Kendrick for being able to sit next to Rick Rubin and have the composure to not geek out.  It feels like he wants to, but he’s as in the moment as Rick is, just enjoying the flow of time and grateful for the opportunity to learn from the best.  Fucking righteous.

I don’t know why I’m so floored by this interview, but color me impressed.  I hope to ever be like 1/4 as cool as Rick Rubin, dwarf-beard and all.  Rick:  if you’re reading this on the off chance that you Googled this interview for a reference point and this blog came up, please know I am here and ready to learn whatever you can teach me.  It can be about record producing, creativity, meditation, growing facial hair, fashion, or making the best grilled cheese in the world, I don’t care.  I’m ready to study if you’re ready to teach.