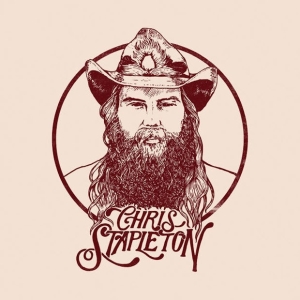 Context – everybody’s workin’ for the weekend

Like many a punk-leaning high-schooler, I swore up and down that I detested country with the notable exception of Johnny Cash.  Cash was tough.  I could (and did) admit to enjoying “everything except country and opera”, which meant that I liked various sub-genres of rock.

A few years ago I fell in love with bluegrass through circumstances I no longer remember.  I think it was mostly The Osborne Brother’s “Ruby”, which I still find endlessly amusing.  I bought my record player with the intention of collecting mostly blues, blue-grass, and other forms of “roots” music.  That goal has failed.

It failed so much that when my wife and I were out somewhere doing something and a bluegrass-ish song came on, she remarked “why don’t you listen to this kind of music more often?”  Why not indeed?

I’m a fan of the roots-based country that’s coming out ala Sturgill Simpson and Margot Price, but that’s about all I know.  I decided to check Spotify’s top country something or another playlist, and recognized Stapleton’s name; so I figured “why not? I’ll take a crazy chance.”

I’m happy to report that Stapleton also fits this genre to a “T” and I can’t wait to check out more of his music.

I was particularly surprised by the song “Them Stems”, which is all about smoking resin and stems because his dealer won’t call him back.  This is the first time I heard a pot reference in a country album, and it’s super exciting for an artist to “break form” and go off message from the overplayed stereotypes of “my dog left, my wife left, my truck broke, and my guitar strings are rusted.”  Not that I’ve heard too many songs in that style, even.  But the reputation precedes the genre.

But this is most certainly not a bluegrass album, so the search for some summer jams continues even as we still have a month or so of Spring to fight through.  I don’t want to say Emo Spring is over yet, but I must admit I’ve been enjoying my departures more and more.  Maybe tomorrow I bite the bullet and review one of the Paramore or Fall Out Boy albums I’ve been avoiding.