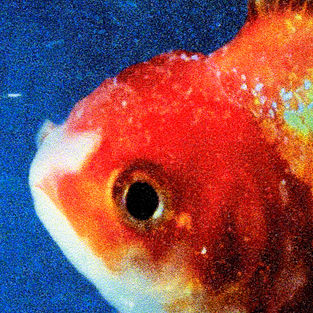 Everyday Vince Staples releases new music is a good day.  I’ve been hypin’ on this guy since I first heard “Norf Norf”, my mind being blown by what I later read described as “whale noise” production, along with his confident delivery and exploration of gang life in Long Beach.  I had been out of the gangster rap loop for years, so to have a personality as frank and in your face as Staples arrive on the scene was a breath of fresh air to me.

My one complaint about Staples is that his debut album, Summertime ’06, was a bit uniform and didn’t need to be a double album.  If Vince cut like 3-6 tracks from that and condensed it into a single album I think that could have been album of the year.  I really like where he was coming from on that.

So when his feature on the new Gorillaz album was released I stood conflicted: while I was excited that he was staying relevant and proving that he could rap over a variety of beats in a variety of styles, I was nervous about the new direction of the lyrical content, and a little weary that he might come to favor this energetic and upbeat style of production.  Proving versatility is good, but straying too far from what was appealing to begin with is a dangerous move.

Big Fish Theory nails that balance, in my opinion.  12/12 songs on this are good, and more than a handful of them are fucking fantastic.  This album had me dancing for all 36 of its minutes, which is always a good sign.  Stylistically it’s a far throw from the whale sounds of yore, but I think he sticks the landing here.  His delivery is still on point, and a surprise feature from Kendrick Lamar is never, ever a bad thing.

This is my favorite rap album of the year on first impression.  I was grinning like an idiot through this more so than I was with DAMN., and I really liked that album.  I’m not saying Big Fish Theory is a better album than DAMN., since Vince Staples falls into the same trap he did on Summertime in that it’s a pretty mono-chromatic album.  With this new release Vince proves he’s certainly more versatile than previously expected, but the album itself doesn’t display a lot of that versatility.

As I said he keeps it tight and everything on this album is awesome, so despite this minor shortcoming I’m all sorts of into this album and direction for Vince Staples.  I’ve already listened to it twice today, and I plan on giving it another 1-3 listens over the weekend as I show it to everyone I come into contact with.