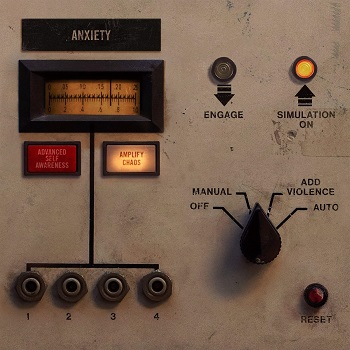 I took the day off work today since I’m marrying my friends Kim and Dan tomorrow and there’s all kinds of rehearsals and partying to do today.  Which also means I got to spend my morning riding my bike and playing video games.  I’m in a loading screen for a game right now, so this is probably going to be compiled over the next handful of minutes as I weave in and out of the Howling Abyss.

Nine Inch Nails are definitely the Nicholas Cage of the music industry.  Nick Cage is an actor of indeterminate value, not only because he has a habit of spending every penny he makes on absurd shit, but mostly because no one can tell if he’s a good actor or not.  The TV show Community explores this in one of their episodes: Abed has a nervous breakdown because he watches every one of Nicholas Cage’s movies to determine whether or not he’s a brilliant or terrible actor.  And the jury is still out–he’s batting about .500 if you review his entire filmography.

Nine Inch Nails are similar in that they have such a high ceiling for creating wonderful music, such as The Downward Spiral or With Teeth, but just as often veering into the unlistenable, such as on the albums I’ve forgotten because I’ve purged them from my memory.

The reason for this dichotomy, I think, is that Trent Reznor is a pretty big fan of the grotesque and of pushing the boundaries for what he can accomplish sonically.  Take the closing track off Add Violence, “The Background World”, which features a heavily distorted (and not necessarily in a good way) sound or riff that gets repeated seemingly ad nauseum, and the effect is quite nauseating.  It seems to skip like a broken record, increasing the intensity with every perceived rotation.  I’m really into the effect that’s created here, even if I wouldn’t necessarily describe it as pleasant.  It effectively evokes an emotion in me, which is really all we can ask from art of any variety.

Most of the album is pretty straight forward NIN, though, with the opening track feeling very much like the “Hand that Feeds” and other songs of their ilk.  If there’s one complaint I have of this album, is nothing reaches quite the heights of The Downward Sprial‘s “Hurt” or “Closer”, although few songs in NIN’s (or anyone else’s, for that matter) discography are in the same league.

All in all A- would recommend on Amazon.